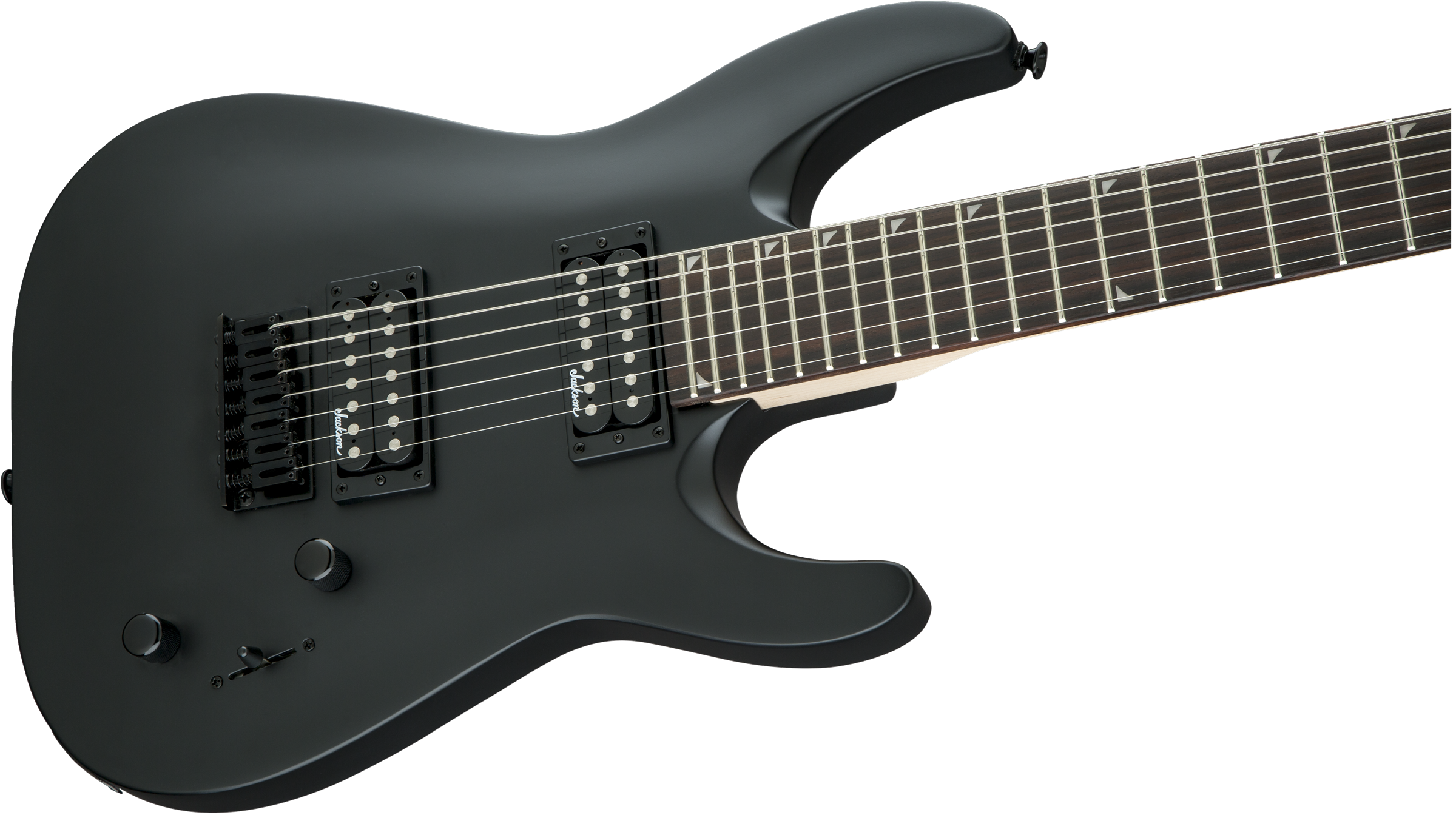 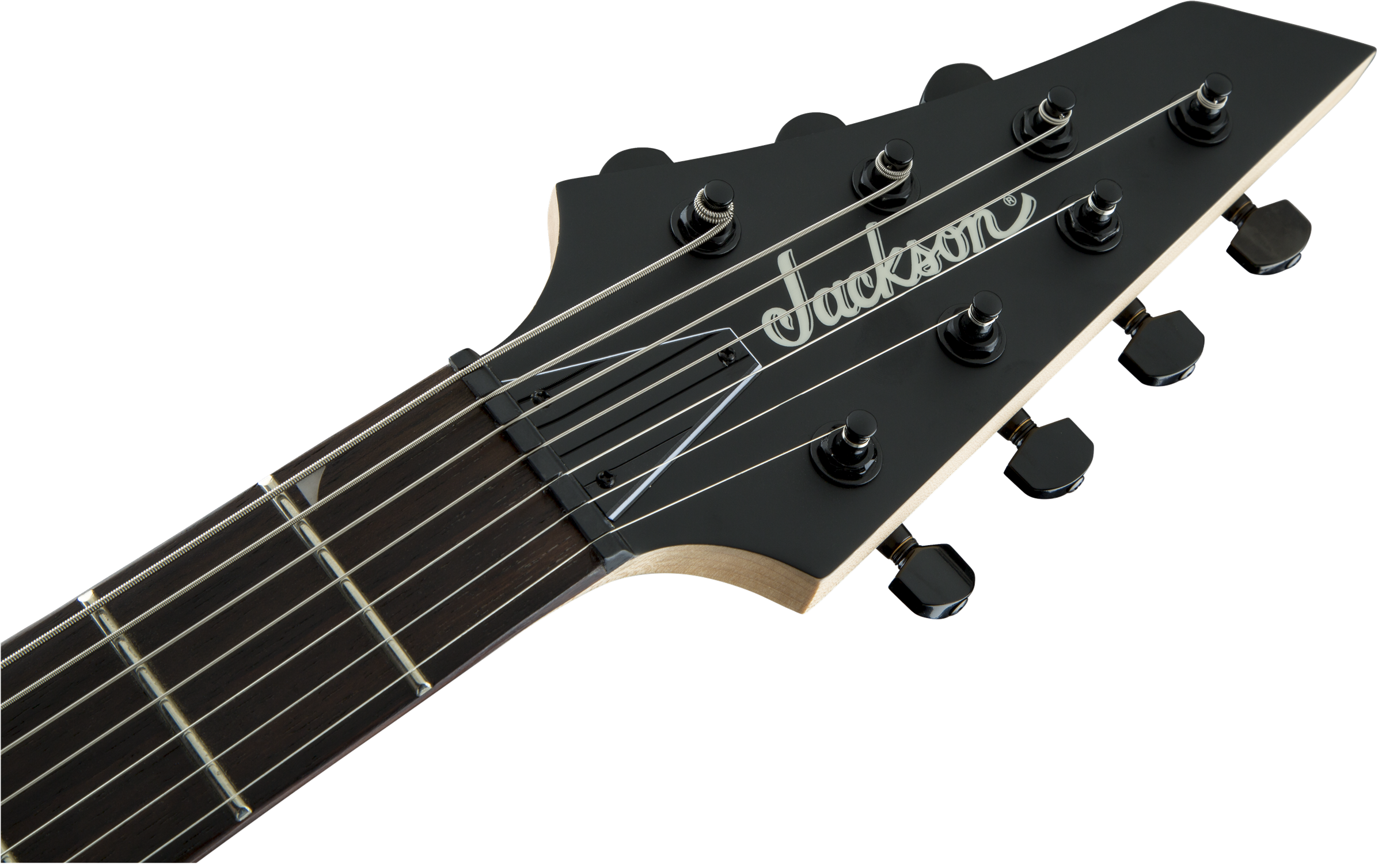 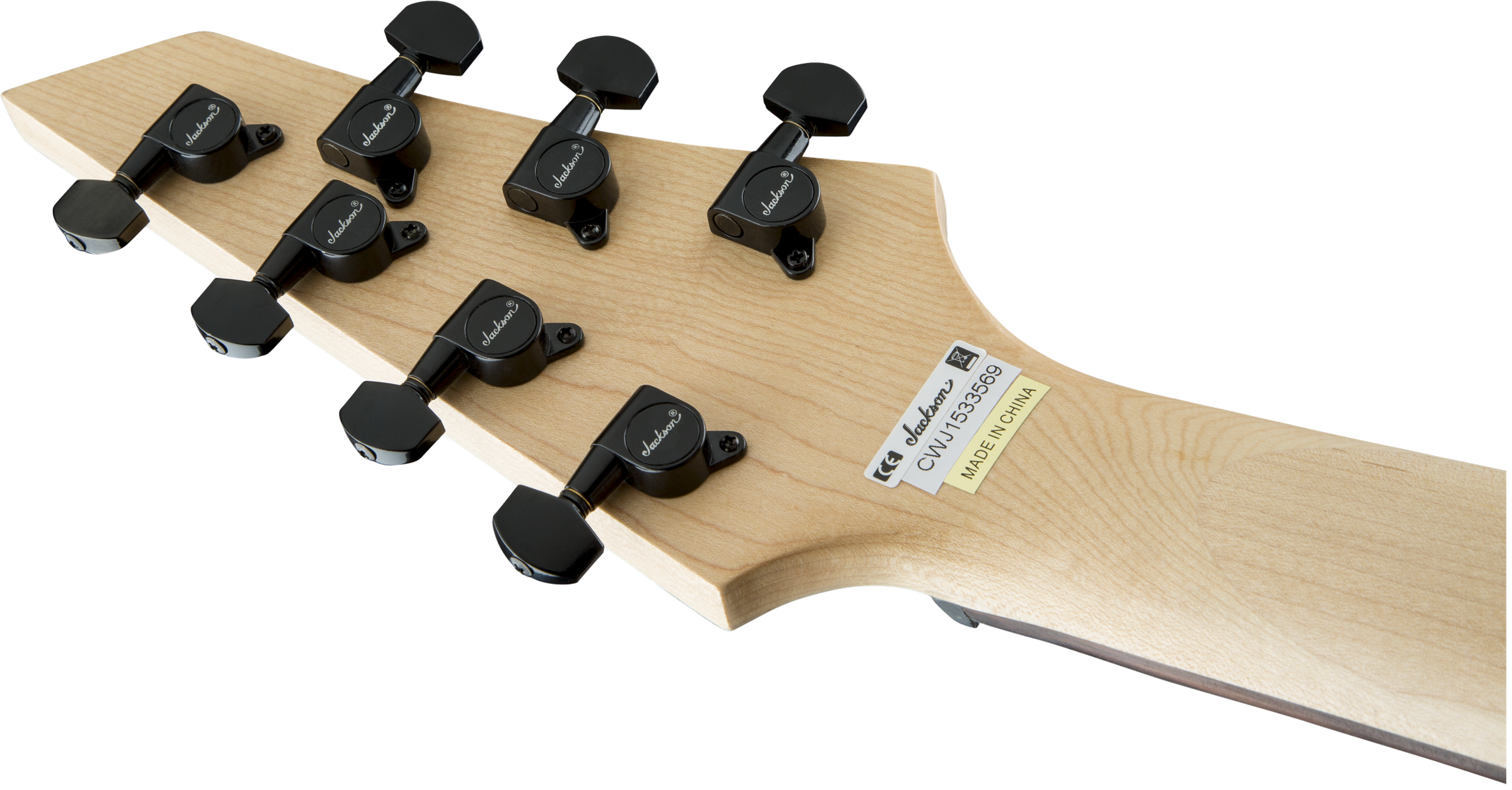 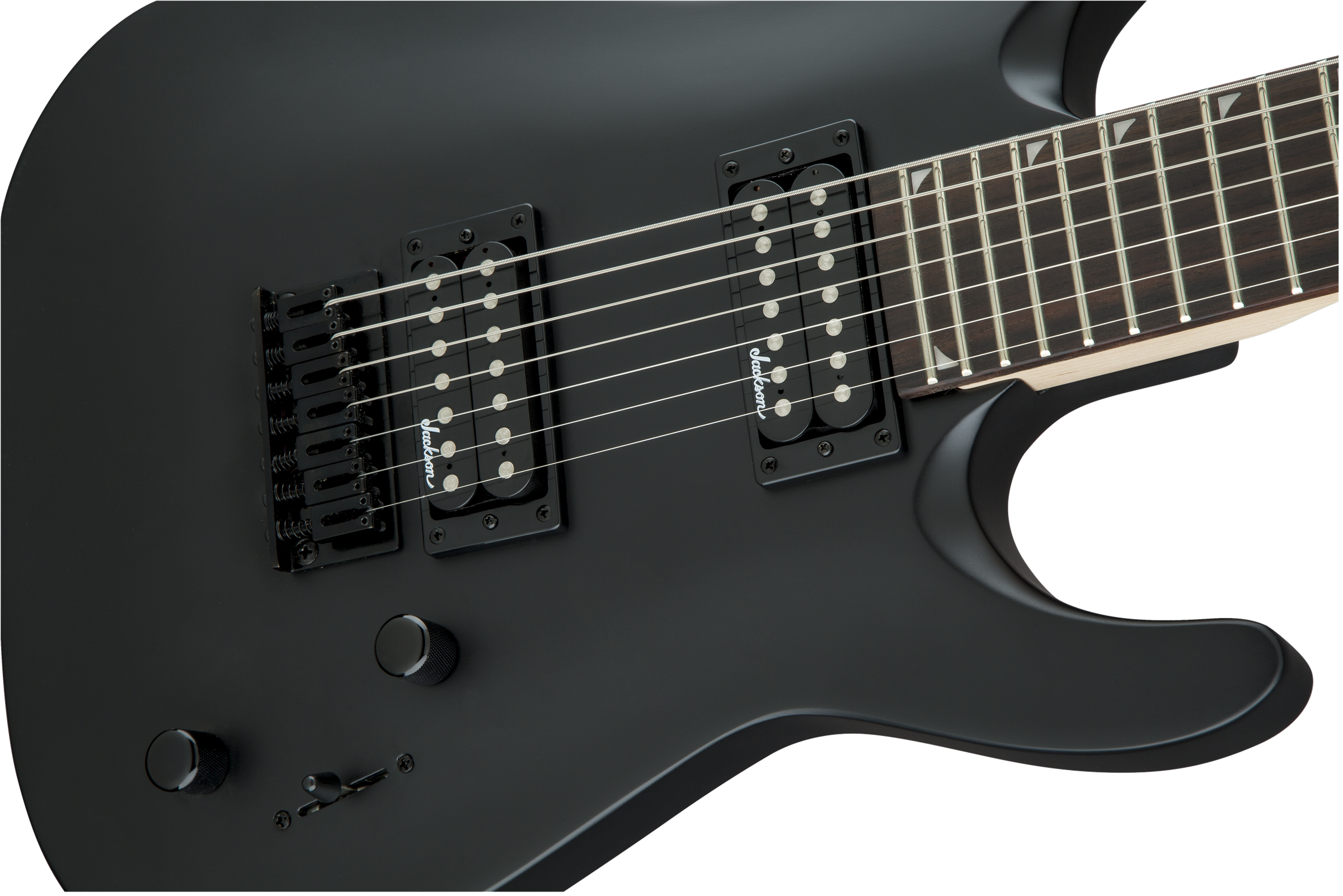 Jackson have done it again. 7 String Guitars have been out of the price range of most players but with the JS22-7, the nice people at Jackson have made an affordable 7 string guitar which is both affordable and delivers on tone.

This metal machine features a 26.5” scale length for enhanced low-end articulation, a lightweight resonant poplar body with an arched top and a bolt-on maple neck. The neck features graphite reinforcement and scarf joint for rock-solid stability when it comes to tuning and intonation even in the most demanding circumstances.  24 jumbo frets make for fast and comfortable playing whilst the piranha tooth inlays ensure that the JS22-7 looks as good as it sounds. The 12”-16” compound radius amaranth fingerboard creates the ideal playing surface for huge riffs and easy chording near the nut while gradually flattening in the upper registers for lightning-quick solos and wide bends without fear of fretting out.

The JS22-7 DKA HT is finished in a Satin Black with all-black hardware.

Jackson Guitars and Bass guitars are synonymous with metal and hard rock. Founded in the 1980's in California, Jackson have produced some iconic designs and their unmistakable headstock has been seen on guitars in the hands of some of the greatest players ever to rock a stage including Steve Vat, Mick Thomson (Slipknot), Buckethead and James Hetfield to name a few. Jackson Guitars have continued to evolve and push the boundaries of sound which also making instruments at an affordable price.